What are Analogue Smoke Detectors?

What are Analogue Smoke Detectors? 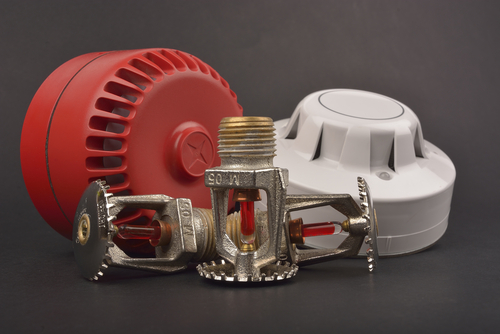 While analogue smoke detectors play an important part in modern fire prevention, not many people outside the industry understand what they are or how they were developed. Here is a short look at the history of these smoke detection devices and what they can do to help you prevent fires on your property.

Smoke detection began with this rather simple device. This detector isn’t connected to a larger system, and instead it is a self-contained unit that that has a built in smoke alert. This detector provides the most basic form of smoke detection, and many places around the country require by law that they be installed in most buildings. You will most commonly find them in private residences.

The evolution of fire detection continued with the non-addressable smoke detector. This detector does not use the typical combination of a sensor and an alert. Instead, it consists of a sensor that relays a signal into a central processing system. That system will then decide how to handle the situation. These detectors can be set up in zones, where each zone has a different set of protocols to be followed.

By setting the detectors up in zones, the safety personnel can determine where the fire is located quickly and easily from the central processing area. The system can also be customized to incorporate different levels of lighting and sound. These kinds of detectors comprised the very first true alarm systems. They are still in operation today in many places because of their effectiveness and their relatively low cost when compared to other more modern options.

Creating smoke detectors that could establish zones was a major advancement for the industry, but there were still shortcomings with the smoke detection systems in place at the time. While the non-addressable smoke detection system could regulate responses, it did not provide the kind of specific feedback that would allow for safety personnel to provide the most effective and efficient response to smoke and fire. A nonspecific indicator was implemented for places that had very large zones. Through the addressable smoke detection system, every detector had its own address. That meant that when any alarms were triggered, the responding personnel could receive direction directly to the specific detector that noticed the problem.

Addressable smoke detectors were a huge step forward for the industry, but they still contained a weakness. This was that any amount of smoke could trigger a full alarm. Often, this would result in fire alarms being triggered by burnt food and smoke from cigarettes. The analogue detector is based on the addressable detection system, but it has an adjustable setting that allows it to ignore smaller quantities of smoke. The very best fire prevention and smoke detection systems use analogue detectors, as they provide the most accurate feedback and allow for the best use of resources. They eliminate false alarms and allow responding personnel to be more effective.

If you have any questions about smoke detections systems for your property, please contact Essential Safety Solutions.

Canvas hoses, are they a thing of the past?

Caution! Alterations to your building may impact your fire services

COVID-19 Message to our Customers